Not far from where I live is a military surplus shop. It’s a very large premises with mainly clothing and tents etc.. However, they also carry stock of other kinds of equipment such and mess tins, torches, belts, bags, helmets, boots and ammunition cans. The vast majority of these ammo cans are modern and of little interest to a WW2 collector.

A few months ago I was in the shop and noticed some familiar looking ammo cans. They were a horrible green colour but looked very similar to German 7.92mm cans. On closer inspection they appeared to be post war copies from somewhere like Yugoslavia. But then something caught my eye under the thick green paint. I looked closer and, sure enough, there was a typical German manufacturer stamp and 2 digit date code. Looking closer still, I could just make out a Waffenamt stamp as well. I dug through the pile of ammo cans and found 4 or 5 with the German markings. Most were Patronen kasten 41 cans, but a couple were the original design with the sloped lid.

Bargain! So now the decision had to be made to leave them covered in the awful green paint, or strip them back and repaint them. Now normally I am dead against stripping paint off, even if it is post war, but at £12 a pop I decided to go for it.

Below is how two of them have turned out. I stripped the paint, removed the leather hand grips, dyed the leather black, re-painted the cans in the correct ‘sand’ colour, then stitched the newly dyed leather grips back in place. I am very pleased with how they have come out. Just need to age them now by chucking them around the garage for an hour or two!! 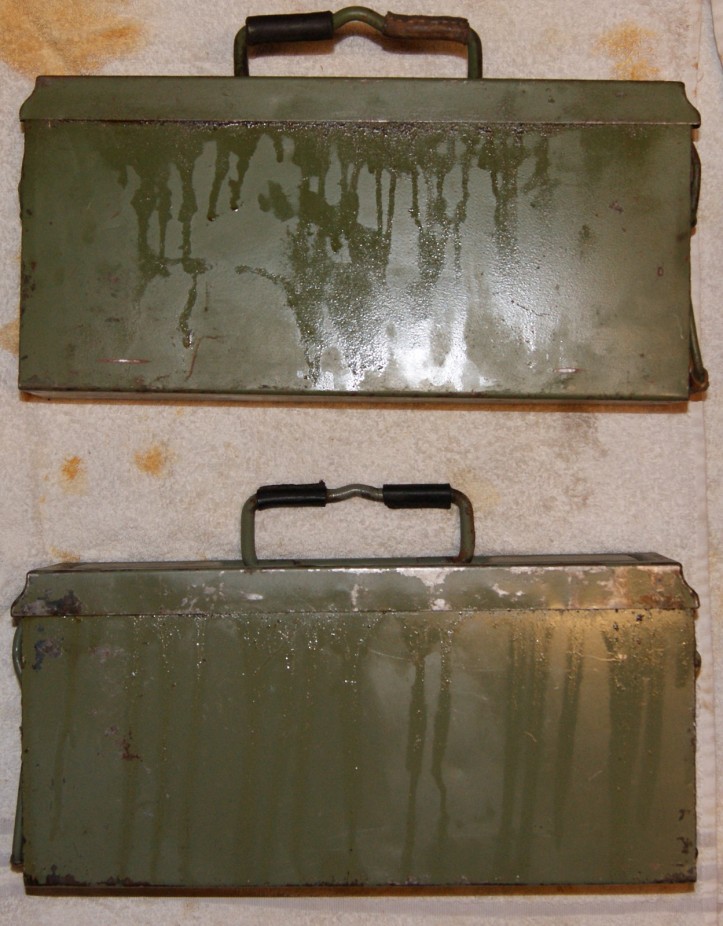 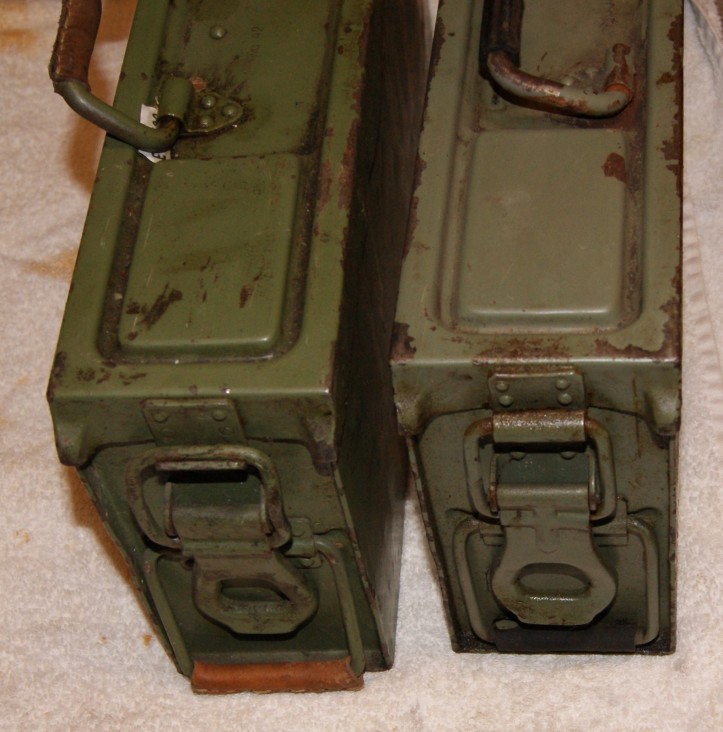 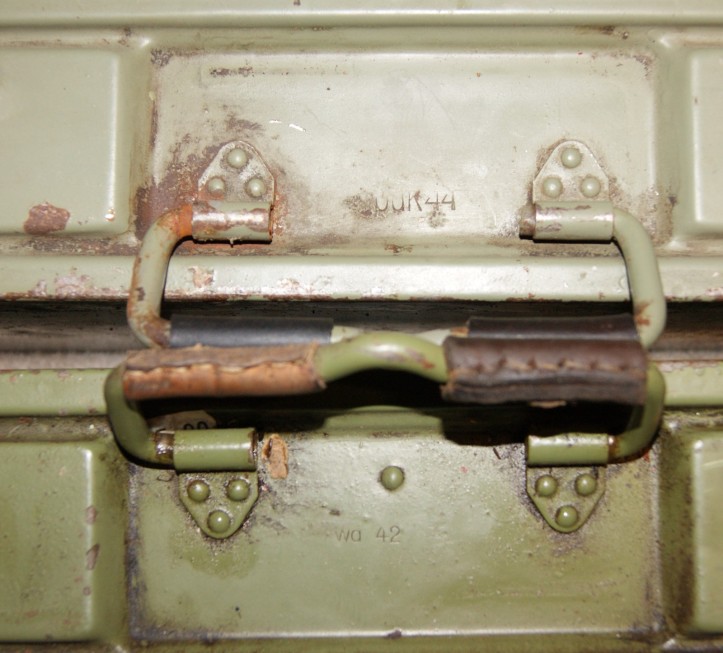 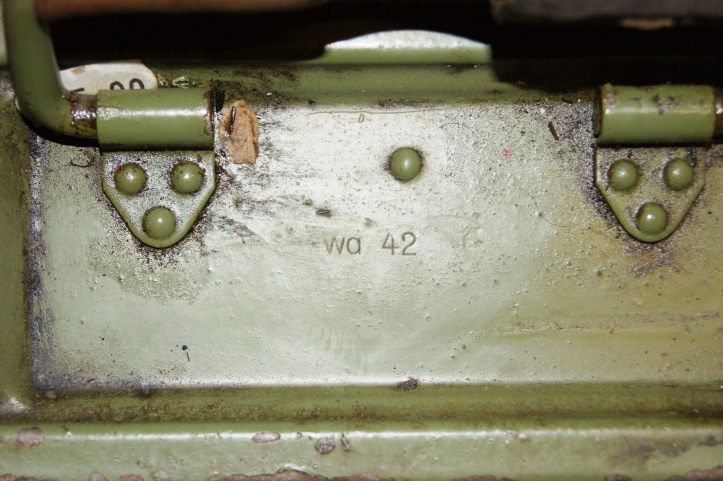 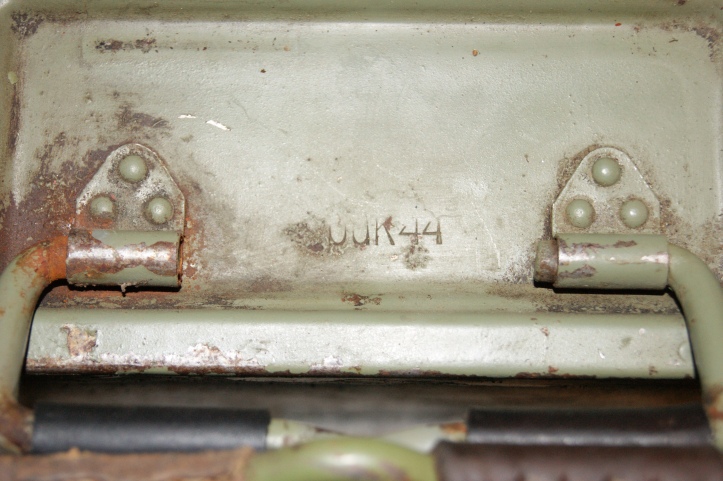 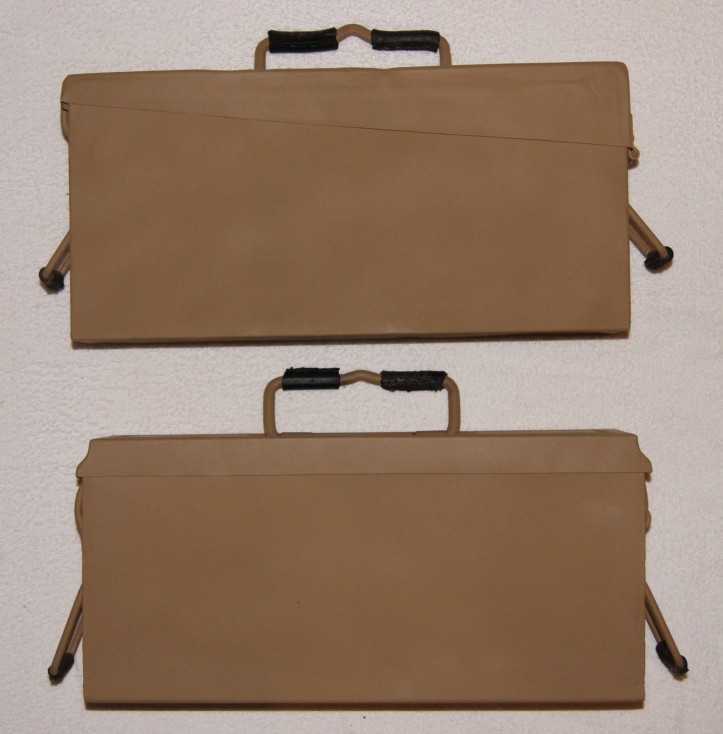 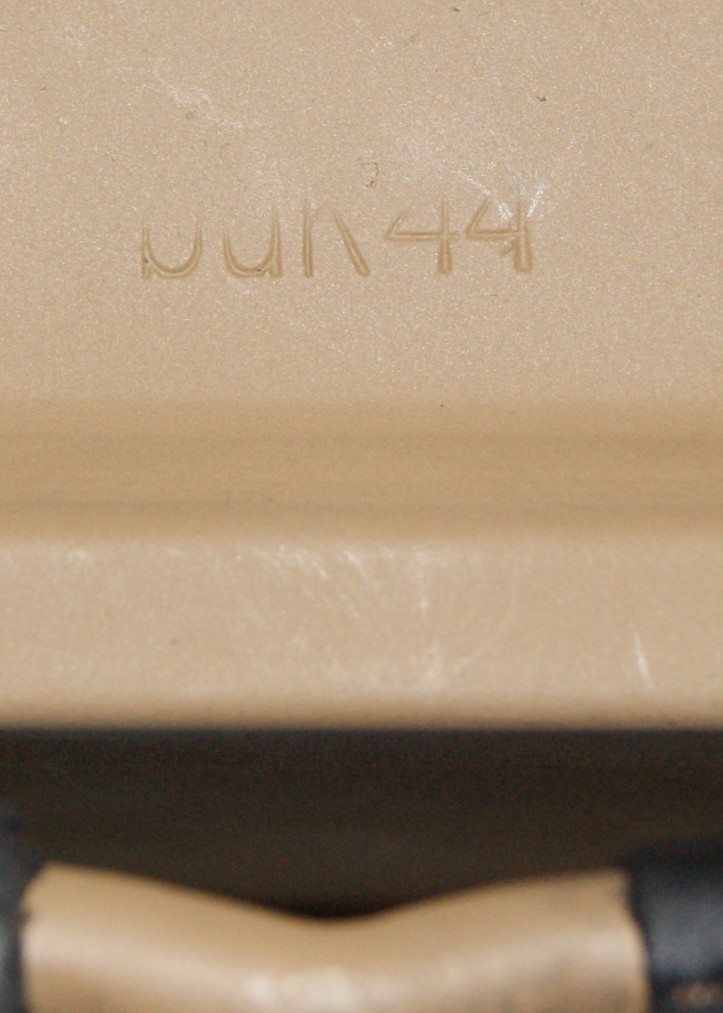 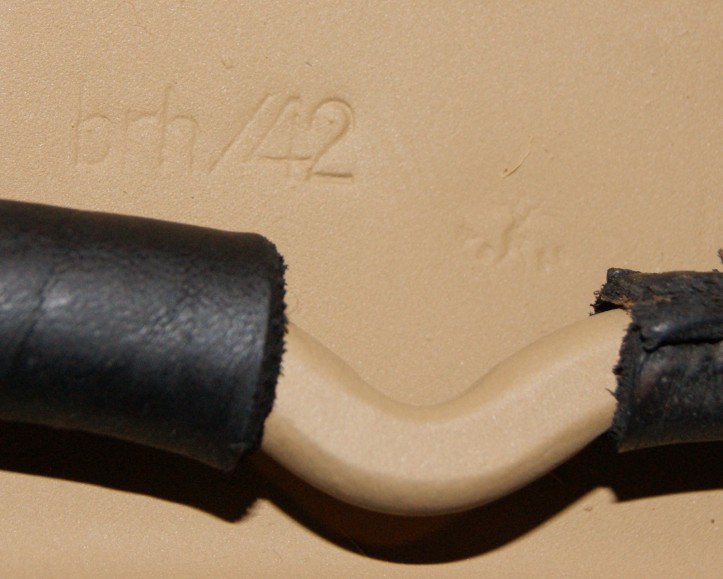