Two down in this mini series, three more to go.

As I’ve said in previous posts, context is important when trying to identify relics as they emerge from the ground. Not only is this down to the age of the relics you find at certain depths, but also what weapon they are from, as they give you a basis on which to start trying to identify items.

A big old lump, this was readily identifiable as the trigger from a Besa MG. The wooden pistol grip is missing, (long since rotted away), but the double finger pull trigger was a dead give away.

In the same hole, these little items kept appearing…..

Certainly too flimsy to be a weapon part, but it was reasonable to think these too were from a Besa. But what exactly?

Well, during use inside British tanks, the one thing you don’t want is the floor awash with spent 7.92mm cartridge cases. So, the crews were all issued with case catcher bags.

the bracket on the right hand side……there it is! Those little metal items were from a Besa case catcher bag!

Not only that, but in among these parts was a combination tool……

…..which was again attributed to the Besa. To be precise, a Besa combination tool, (doh!).

Another trigger mechanism recovered from this site also helped identify a similar kind of relic.

There isn’t much left of this pistol grip and trigger, but enough to identify it.

This one is from a Lewis MG

This diagram shows a slightly different version of the pistol grip, but there are enough similarities to tie it down positively to a Lewis mg.

And with this pistol grip were a lot of these strange hinged brackets.

Was there such a thing as a Lewis case catcher bag? And if there was, was this bracket from one of them?

Well, there was, and they were!

So, this just goes to show that having a knowledge of what the site has yielded in the past, helps identify future finds.

However, sometimes context doesn’t help at all.

To finish this thread are these very well made brass frames. 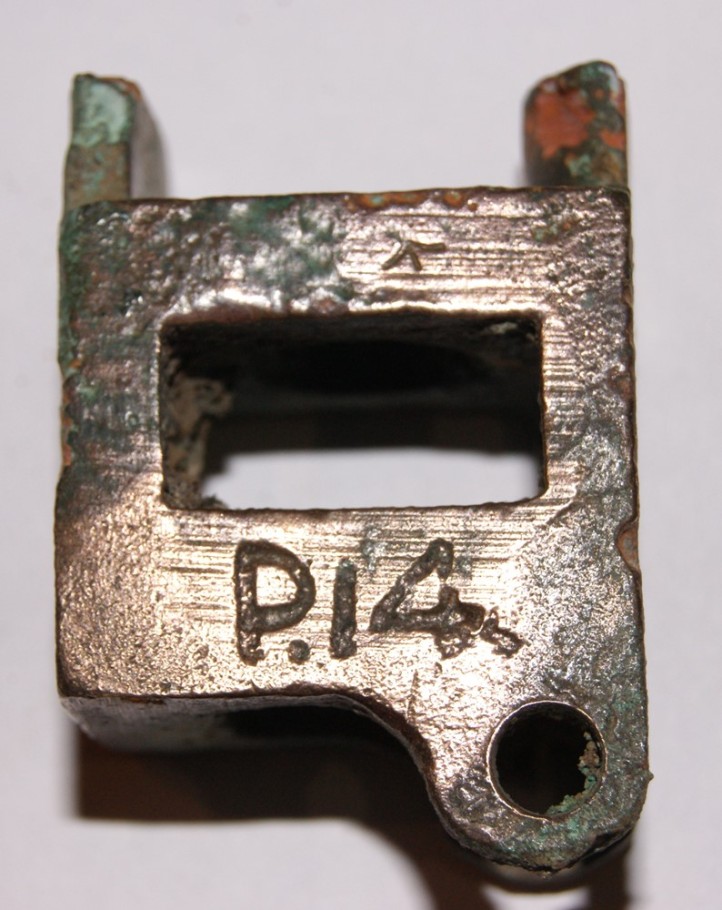 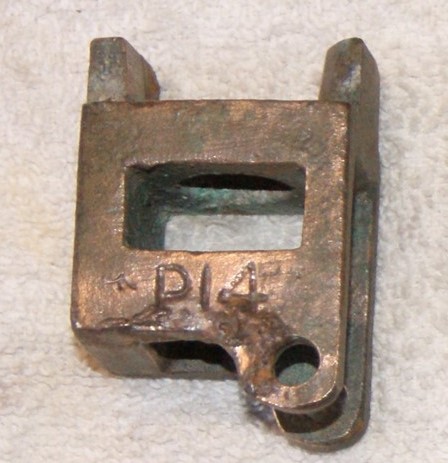 As you can see, all of them have ‘P14’ stamped on them, and some even had the remains of a threaded steel bolt and brass wingnut. They were obviously made to clamp onto something, and the ‘P14’ indicated the rifle of the same name. But what were they used for? 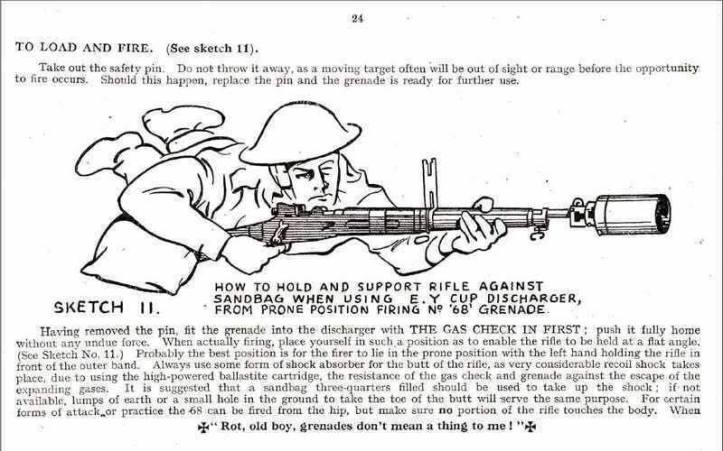