In this penultimate blog of this mini series, I thought I’d take a look at some finds that are a little easier to identify.

Unusual WW2 finds don’t all have to be a challenge to identify. Some are obvious the minute they come out of the ground. What isn’t so obvious is what on earth they are doing in the ground in the first place. After all, these have all been recovered in the UK from various permissions on land once used by the British army. These aren’t battlefield finds. They haven’t been damaged by battle or lost during fighting. They have all been just thrown away at some point. I often wonder why!

First up are these two items. Both very obviously from Lee-enfield No. 1 and No. 4 rifles, but why on earth did someone chop them up like this?

Perhaps they were used as instructional items, or maybe they have been chopped up to prevent them being re-used.

In this same site, a number of other items were found from a Vickers MG.

Most were easy to identify, but I still have to wonder why they were just dumped in the ground.

The last little item, the bore mirror, you could see being dropped by someone. But this was one of many recovered from the same site. Indeed, the number of tripod parts recovered was also very high, and if I could find the legs themselves, I could just about make a complete one!

As before, these parts do give clues to other items recovered from the same area.

This first item wasn’t too difficult to identify, especially give how it looks like the piece it protects!

However, this one was a little trickier. It helped narrow the search down that it was found with the other Vickers pieces. 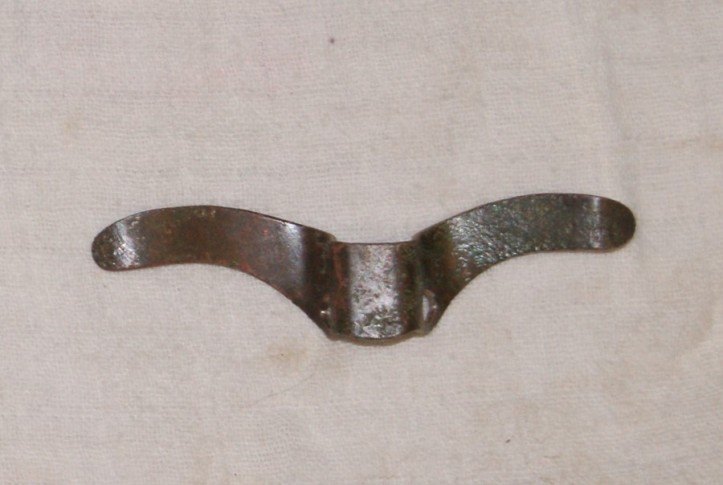 This little brass ‘clip’ looked relatively unimportant, but the Vickers would be useless without it!

Here it is shown in a Vickers feed block. Turns out to be the bottom pawl spring. 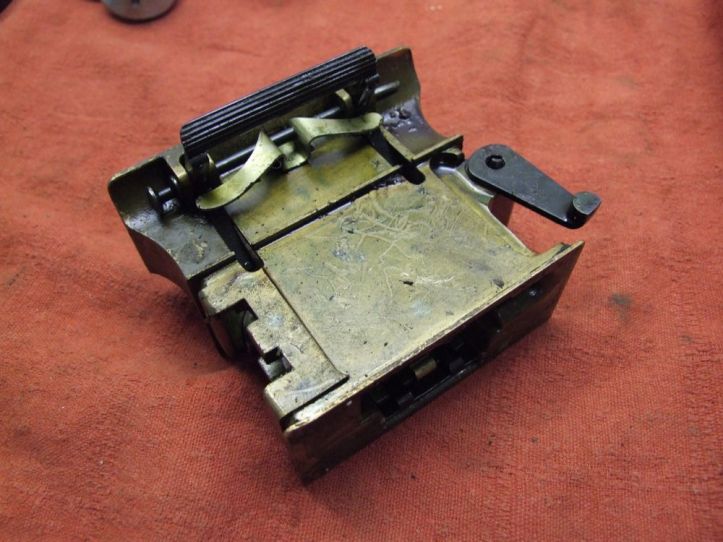 It isn’t just the small items that are unusual. Quite often there are larger items that I recover that you have to question why they had been thrown away.

One such example is this item.

With the remains of green paint, the openings to the ‘chest’, and the location it was found, it was obviously a water chest for a water-cooled MG. But this was unusual as it didn’t have the rim on the water chests I was used to seeing. A quick search revealed that this is a Mk 1 water chest for a Browning M1917 water-cooled MG. This was replaced by the one I was used to seeing, the Mk 2. the reason it was replaced with a chest with a rim top and bottom, was that the picture actually shows the chest upside down. But if you turn it the right way up, it topples over because of the brass thread poking out! Hence, it was redesigned with a rim to enable it to be stood on the ground.

I actually found five or six of these, so (a quick aside from the theme of these blogs), I decided to restore one back to what it should have looked like.

I was pleased with the result! 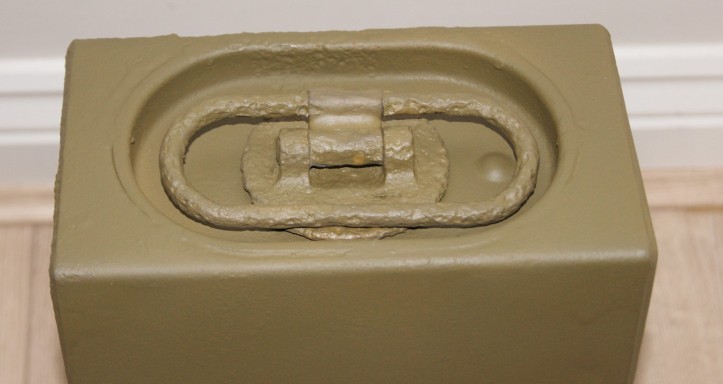 Lastly for this part of the series, some rather unusual items.

The thing about these items was that they were again identified very soon after coming out of the ground. It was obvious that they were the starter tabs for cloth ammunition belts, but the size of them was unusual. I had recovered plenty of standard 303 cloth belt starter tabs from the site, but these were much bigger and chunkier. They were also found in large numbers, all with fire damage, indicating that the cloth belts had been disposed of by setting fire to them! Luckily, one or two were in such good condition that the markings on the tabs were readable, so a positive ID was made during the recovery of them. 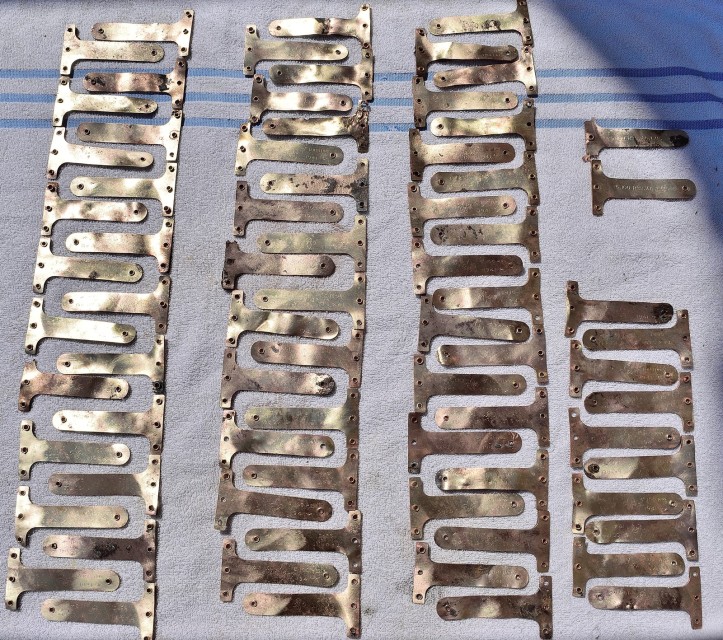 The Vickers 0.5inch MG is rare enough, but to find the remains of so many of the cloth belts, remarkable!

Here is an original belt.

The last part in this mini series is to come……..with some very strange German finds!