Following on from my recent blog detailing British WW2 bomb fuzes and pistols, here is a blog showing the American equivalent.

A quick reminder of the difference between a fuze and a pistol. A fuze contains a charge of its own to initiate the main charge in the bomb. Pistols never contained their own explosive, being merely firing pins held inside a case. Obviously they are no ordinary ‘cases’, with a number of different types, but this is an important distinction. Fuzes contain an explosive compound, Pistols don’t. This being the case, a bomb pistol needs a detonator. Right at the bottom of the page are pictures of a few of the ones I have recovered over the years.

Because of the method of development, the Americans classified bomb fuzes/pistols as either Army or Navy items. There are as many variants as their British counterparts and indeed, many American bombs were fuzed with British pistols/fuzes when the American equivalent was unavailable.

Bomb fuzes were not the most reliable things in the world, and conservative estimates put the failure rate of Allied bombs somewhere between 10-20%. Even if you take the lowest estimate, with over 1.5 million tonnes of bombs dropped on mainland Europe by the RAF and USAAF, that’s 150,000 tonnes of unexploded bombs. Quite a considerable figure.

And what about the cost of all this air dropped ordnance? After the war, the U.S. Strategic Bombing Survey reviewed the available casualty records in Germany, and concluded that official German statistics of casualties from air attack had been too low. The survey estimated that at a minimum 305,000 were killed in German cities due to bombing and estimated a minimum of 780,000 wounded. Roughly 7,500,000 German civilians were also rendered homeless. As for the RAF and USAAF themselves, over 160,000 Allied airmen and 33,700 planes were lost in the European theatre.

With all that air dropped ordnance, the chances of finding American (and indeed British) fuzes/pistols whilst detecting in mainland Europe are quite high. Indeed, the RAF and USAAF had numerous bombing ranges scattered around the UK, so if you know where to look, these fuzes/pistols can also be found quite easily in the UK. And don’t forget the airbases as well, where defective, obsolete or surplus to requirements fuzes/pistols were regularly disposed of. Which leads me to a reminder…….If you can’t be 100% sure what you’re digging is safe, LEAVE IT ALONE and call the authorities. Many of these fuzes contained boosters and detonators, with enough power to easily remove a hand or two. No relic is worth a finger, hand, arm, leg or life. If you have little or no knowledge of bomb fuzes, leave them alone!

Ok, on to the diagrams and detail. Again, no apologies for the number of pictures here as there is quite a bit to cover. 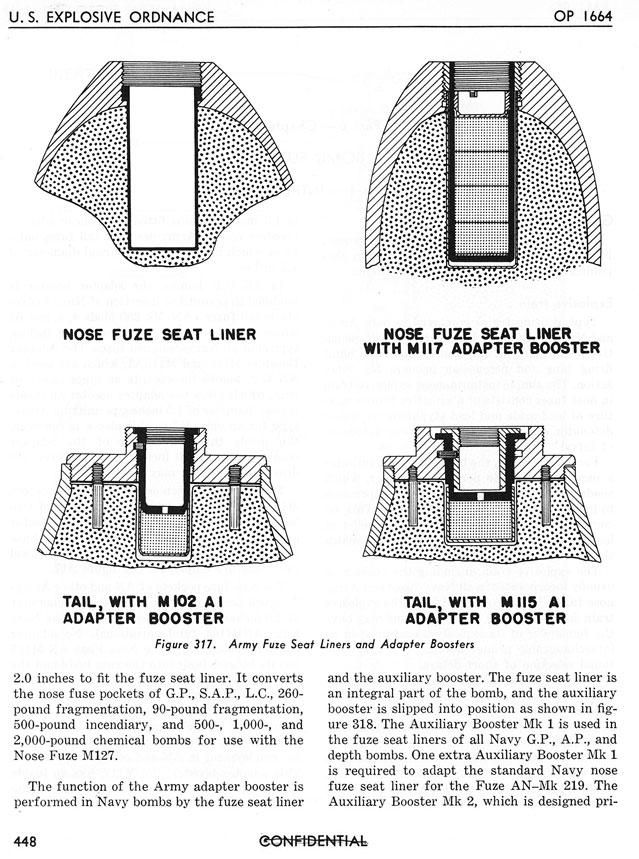 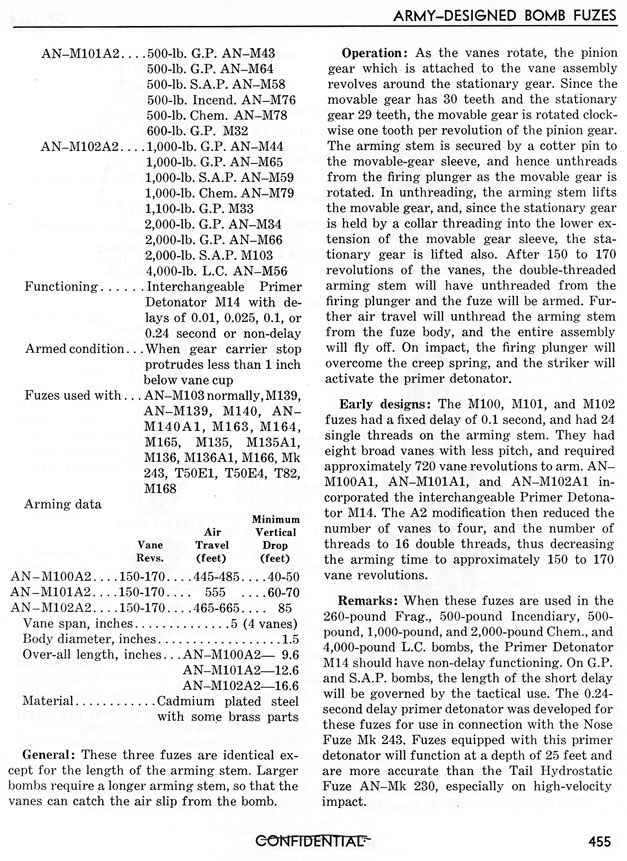 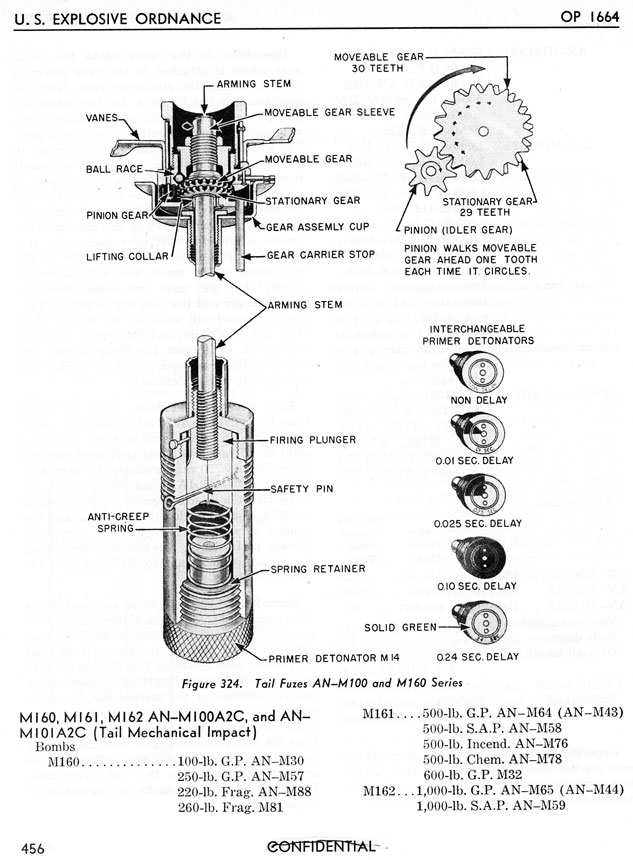 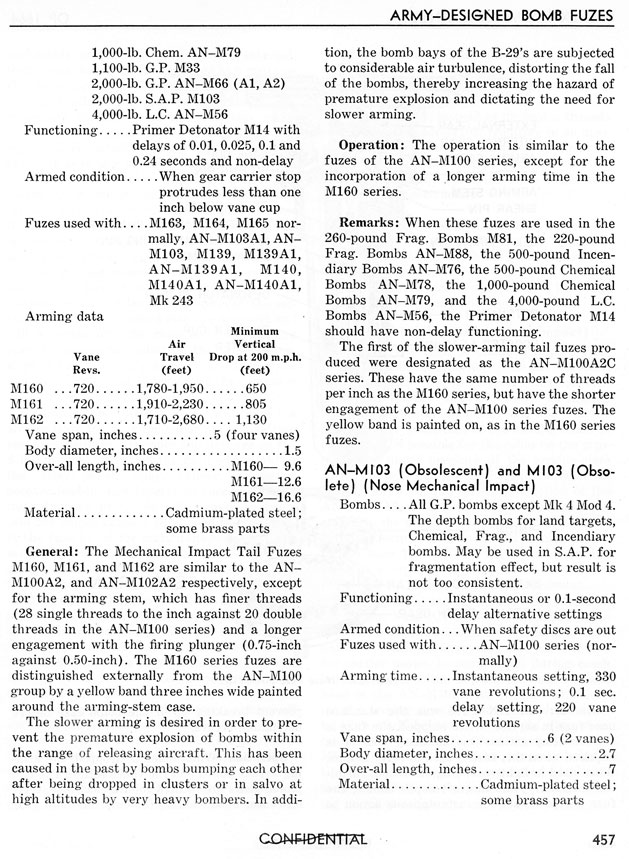 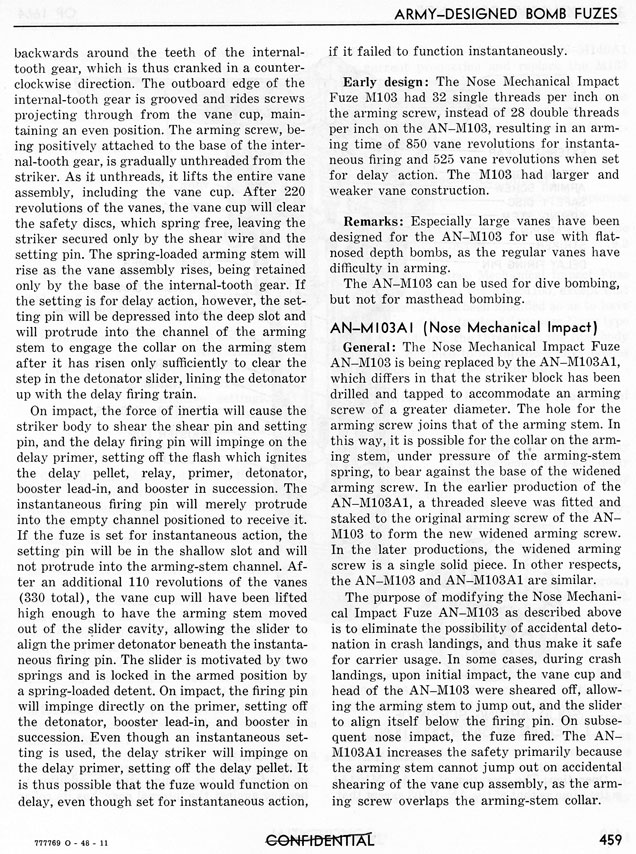 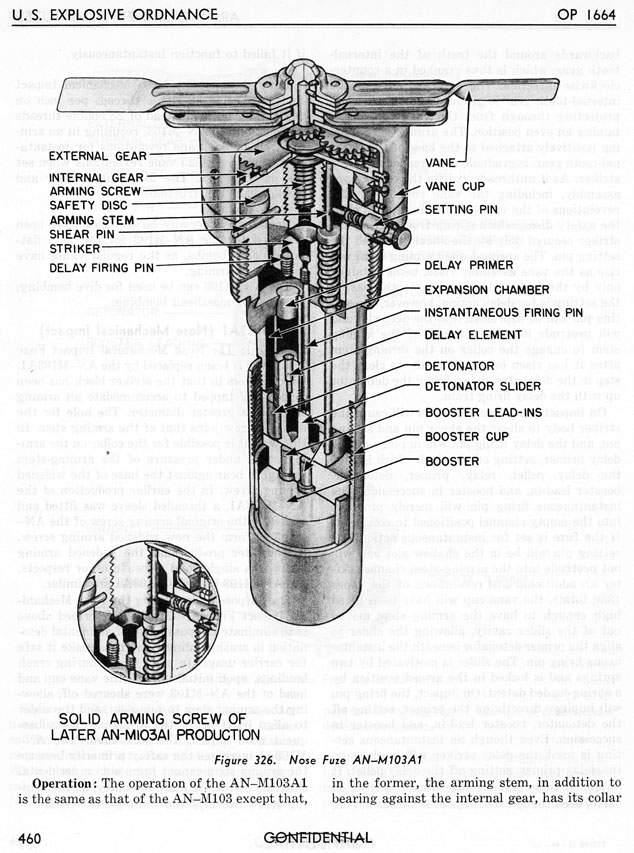 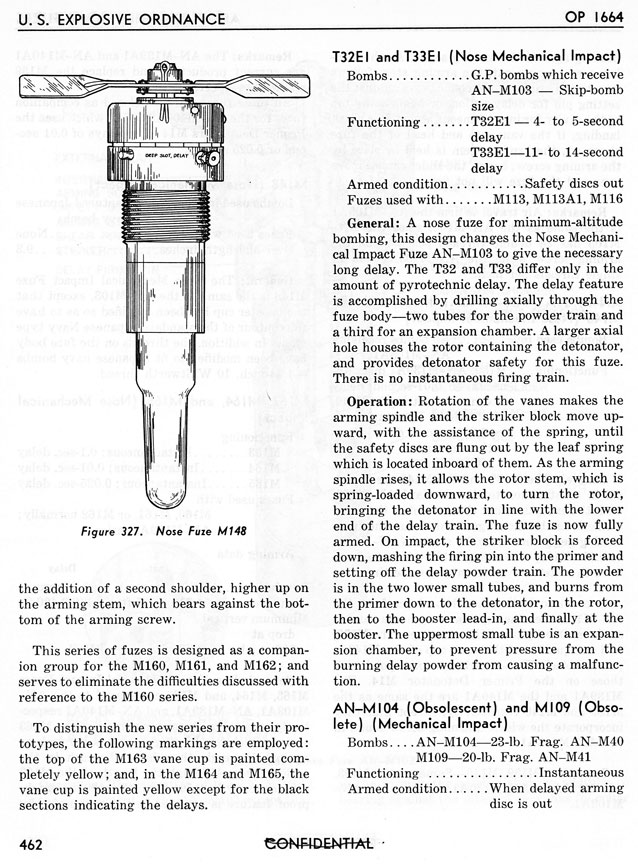 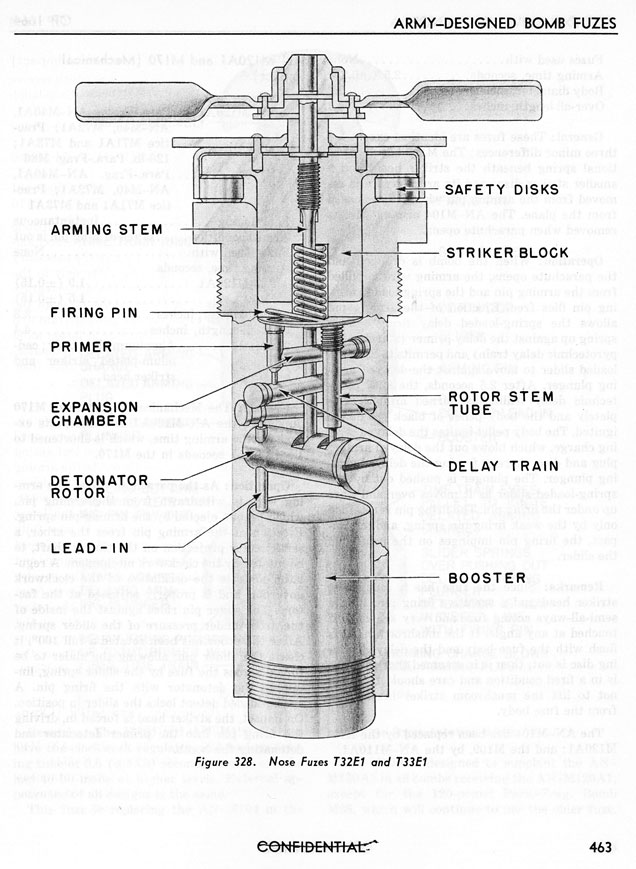 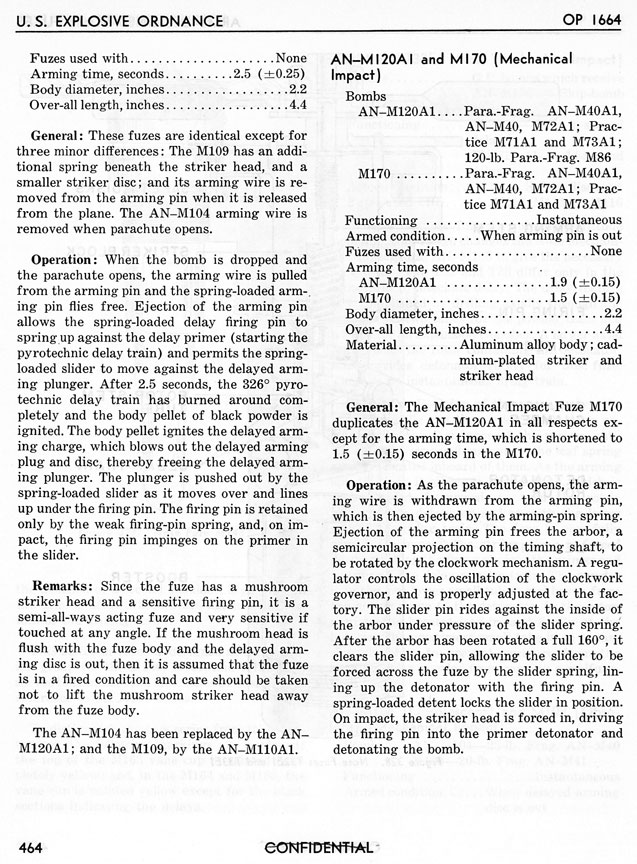 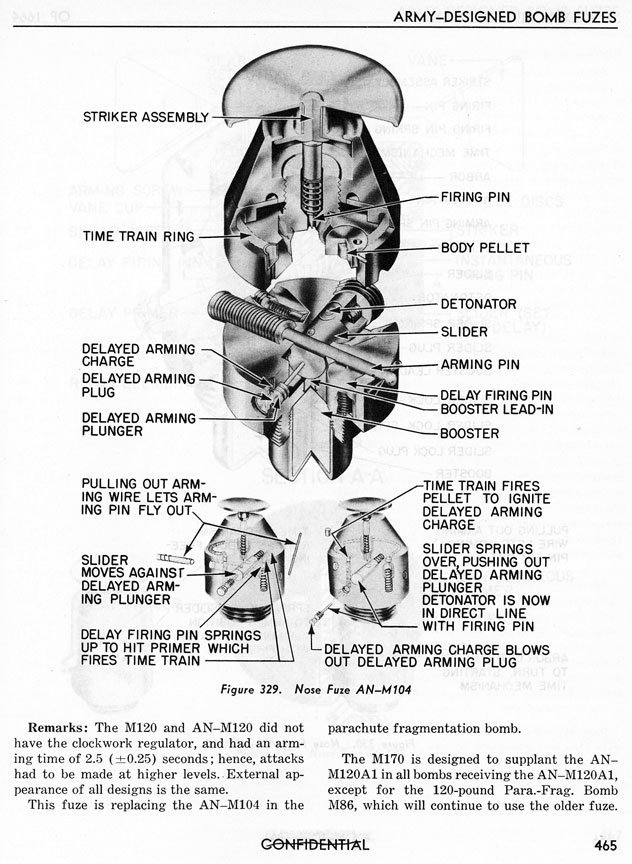 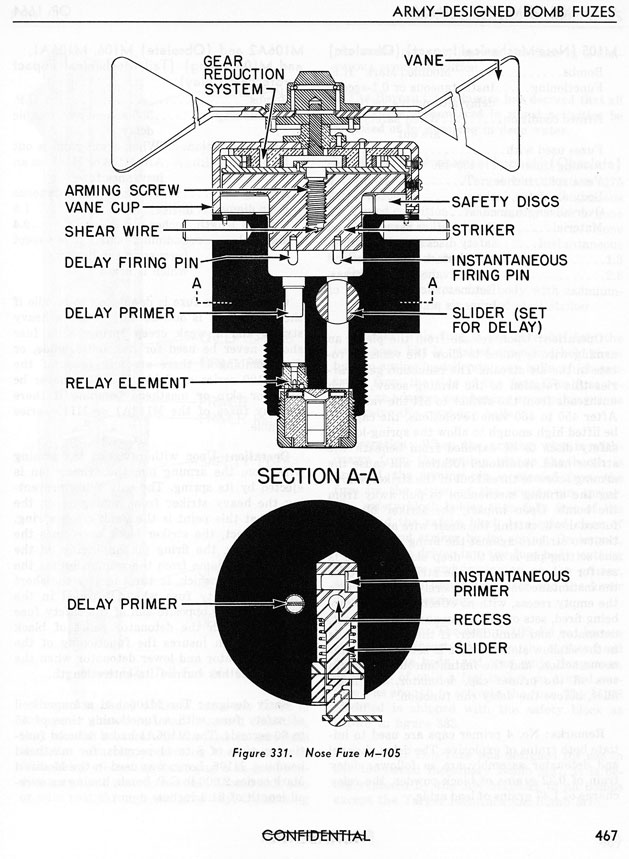 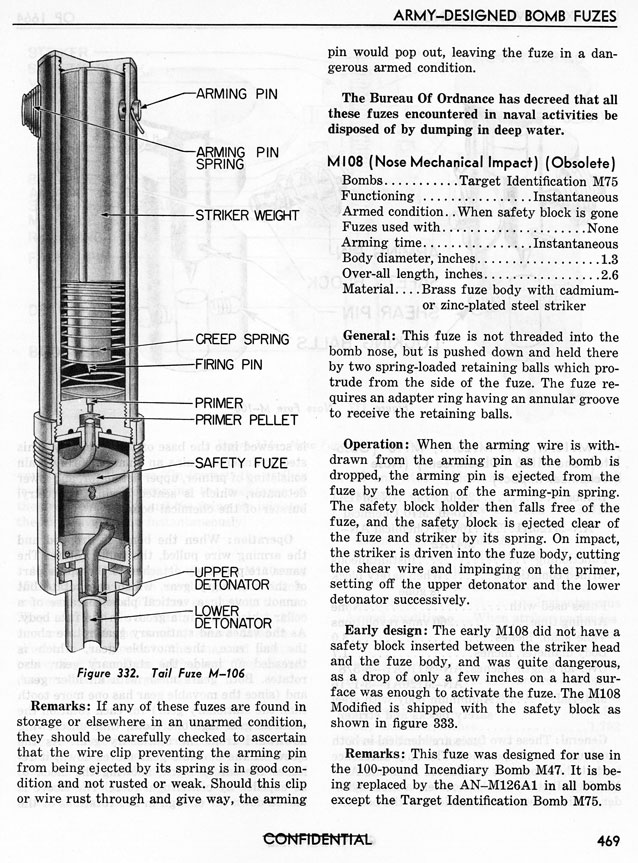 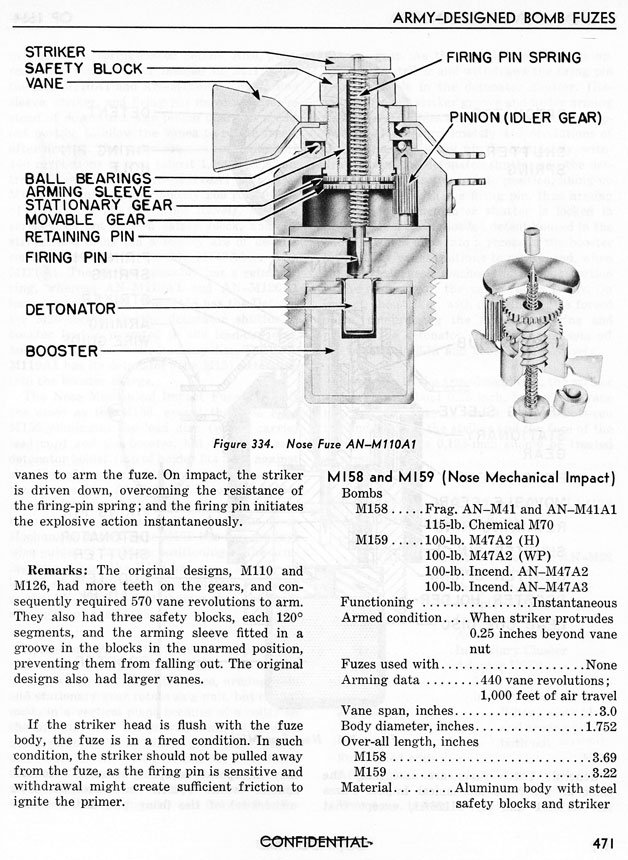 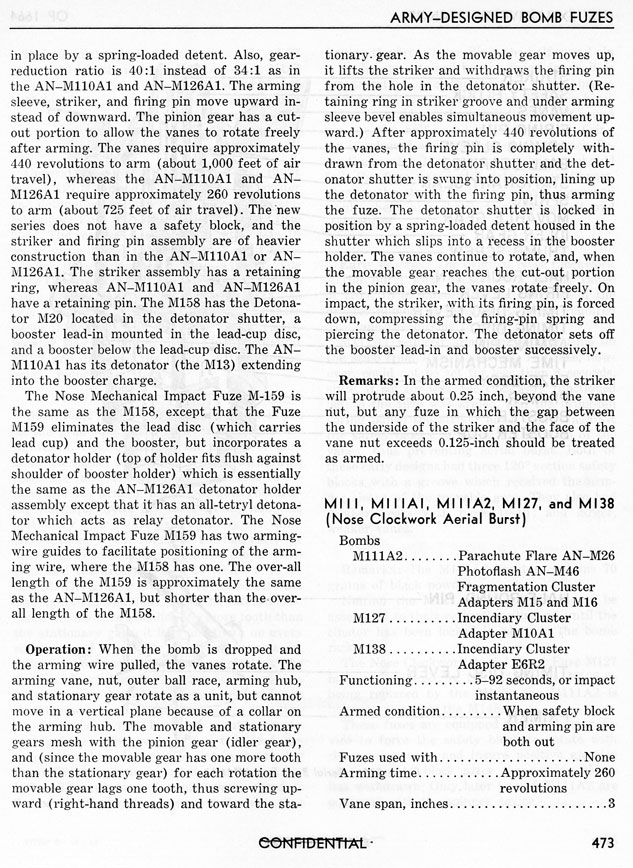 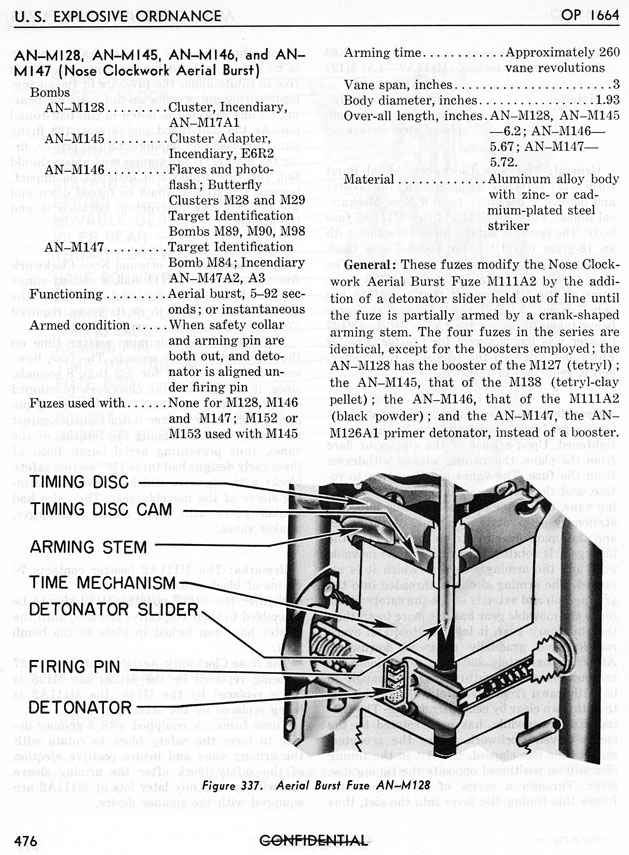 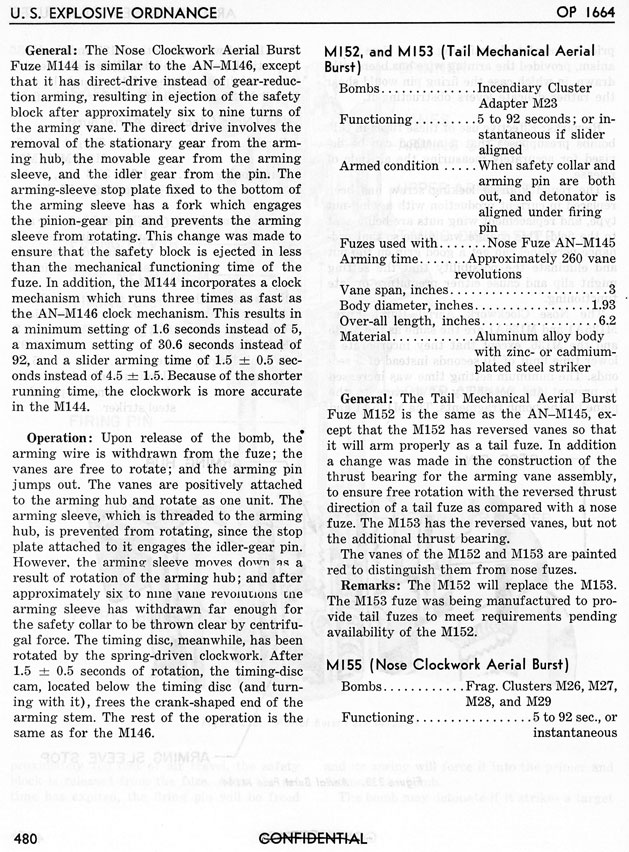 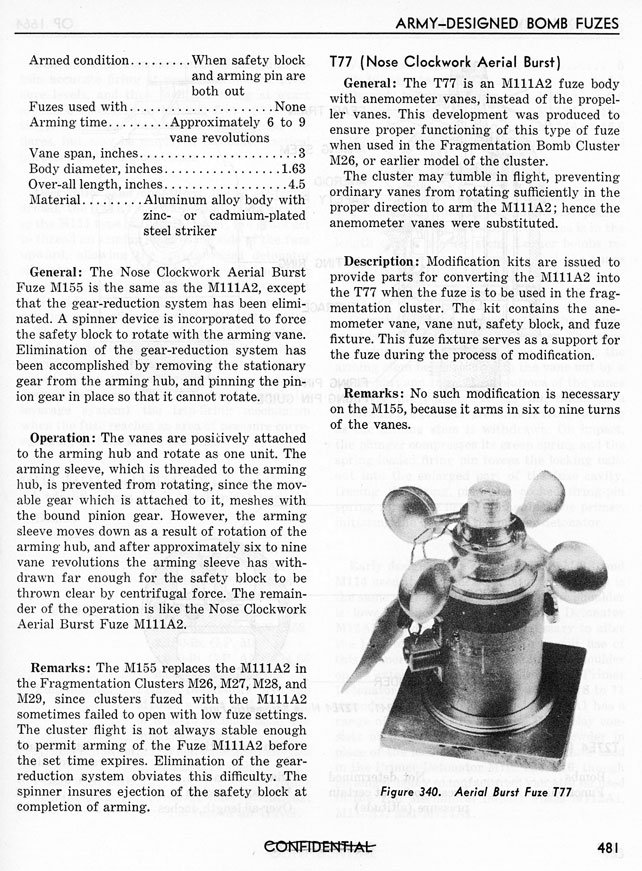 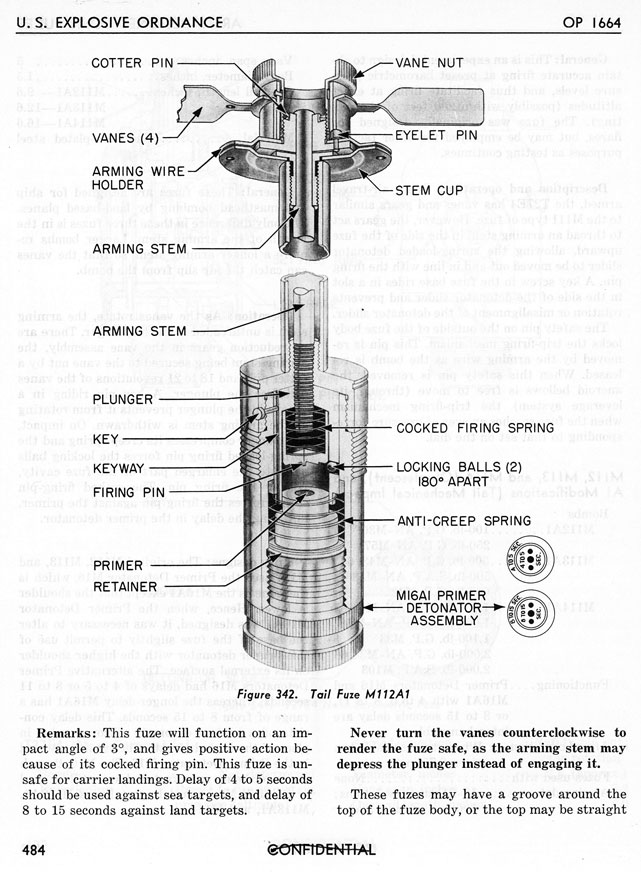 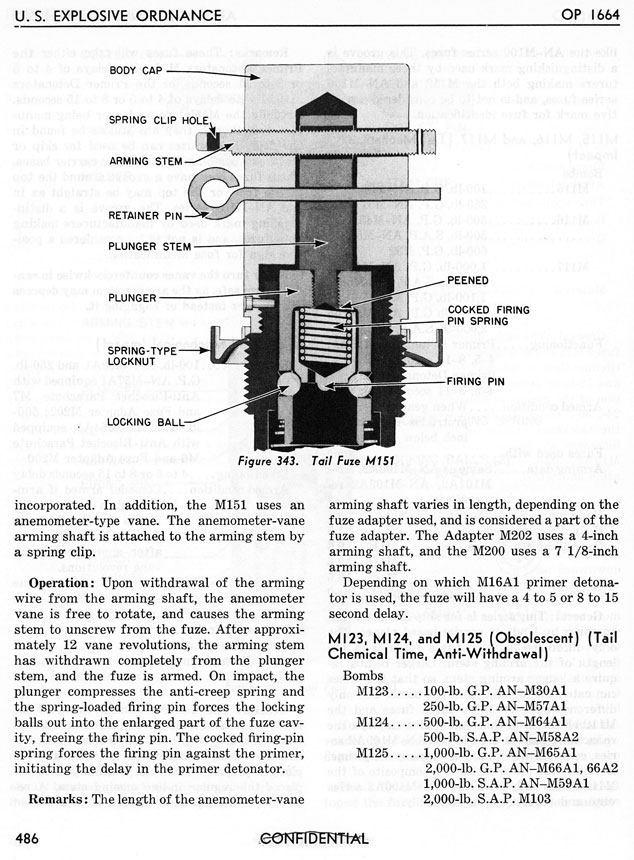 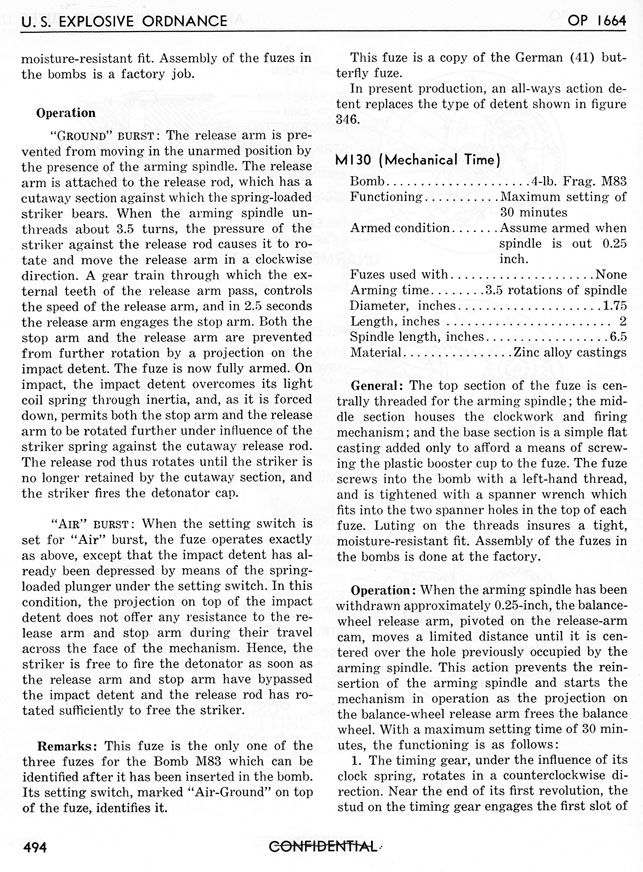 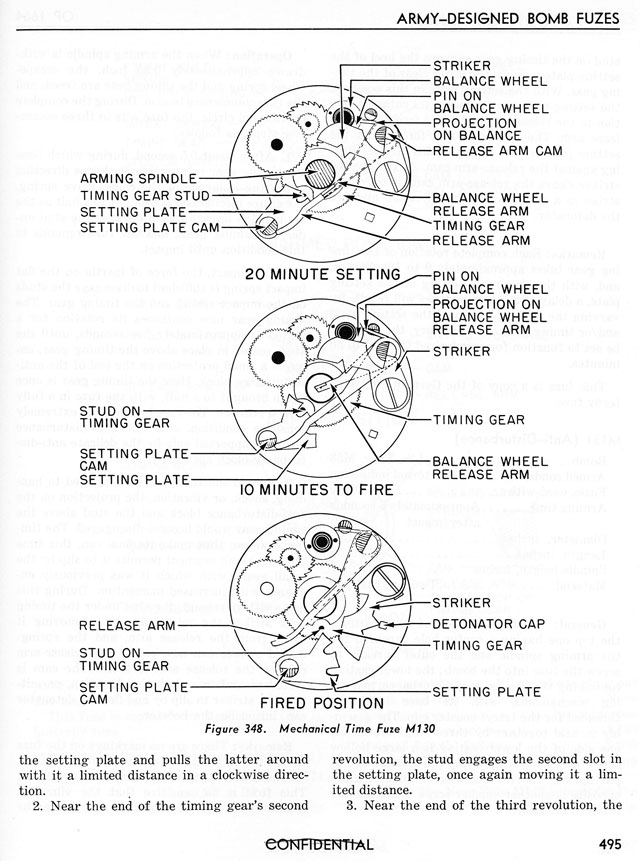 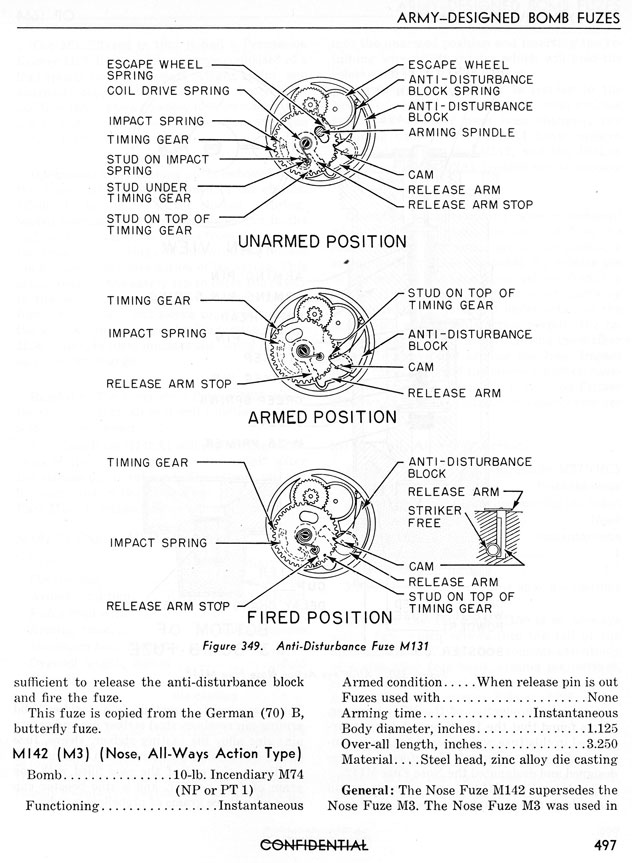 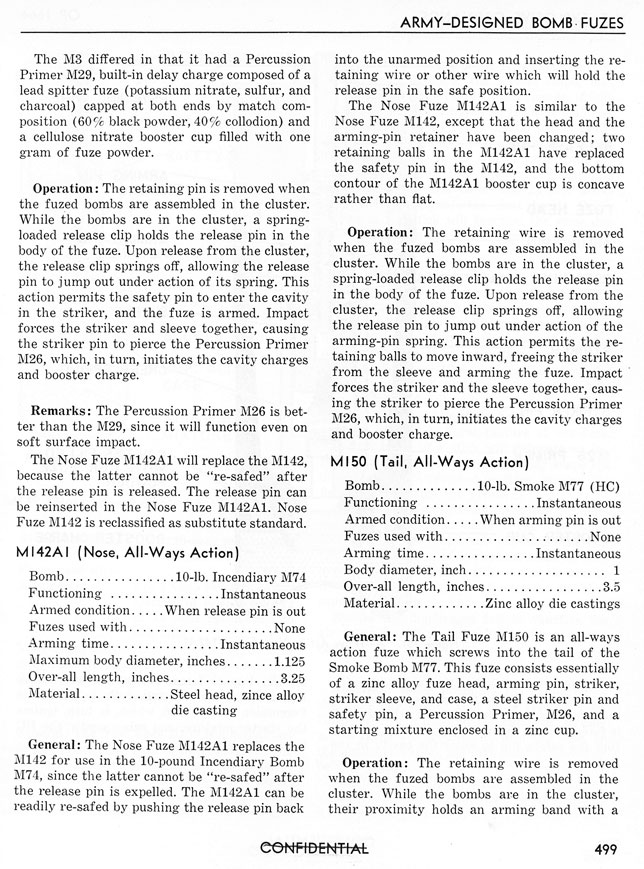 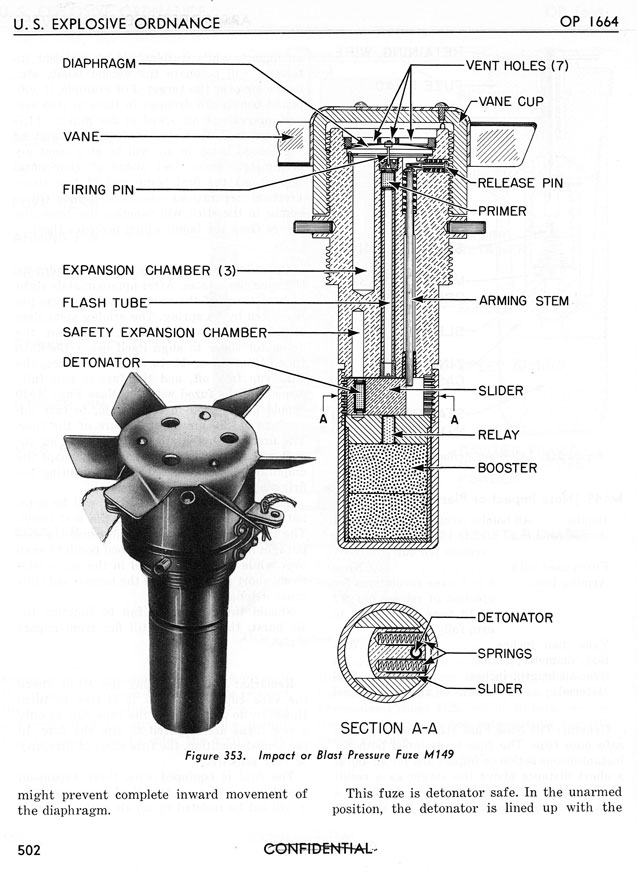 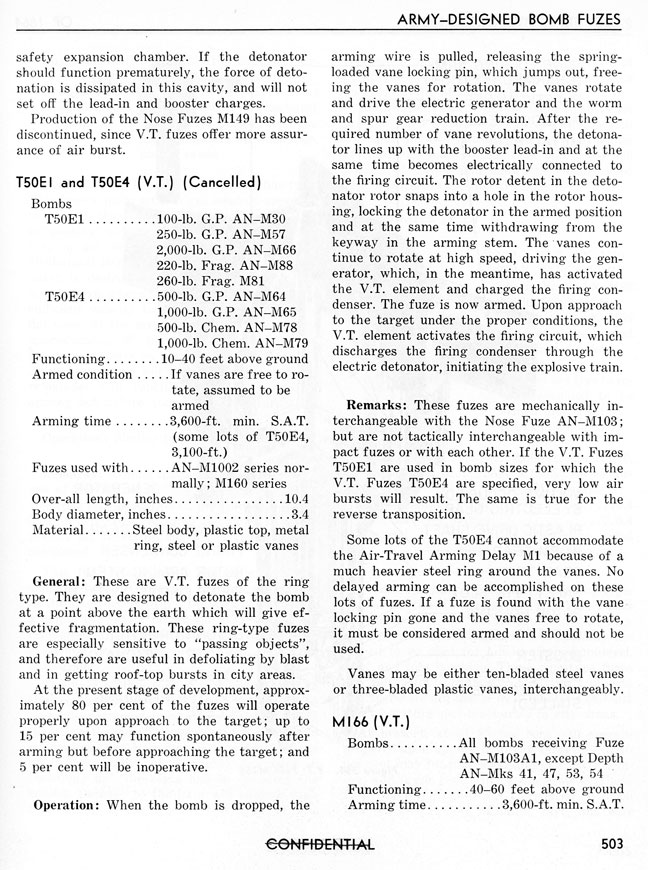 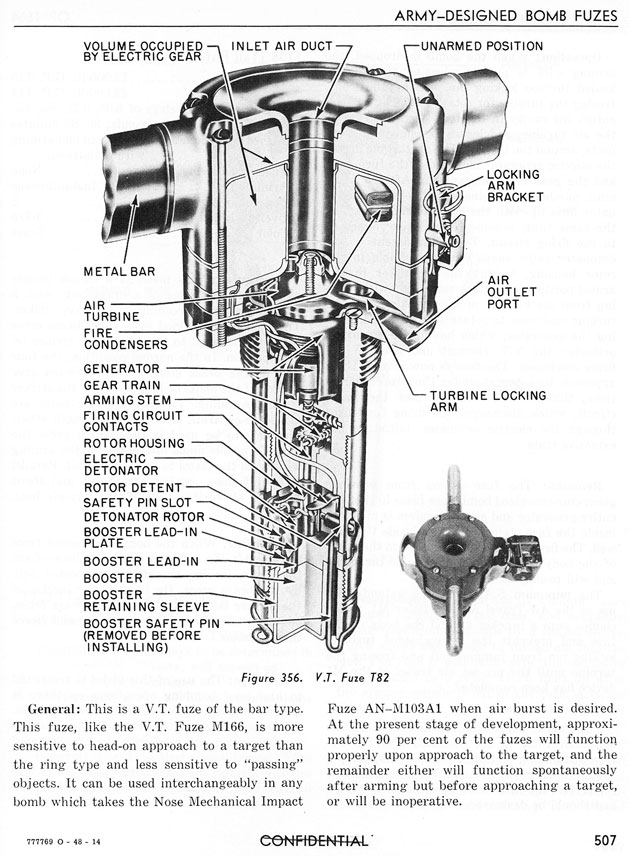 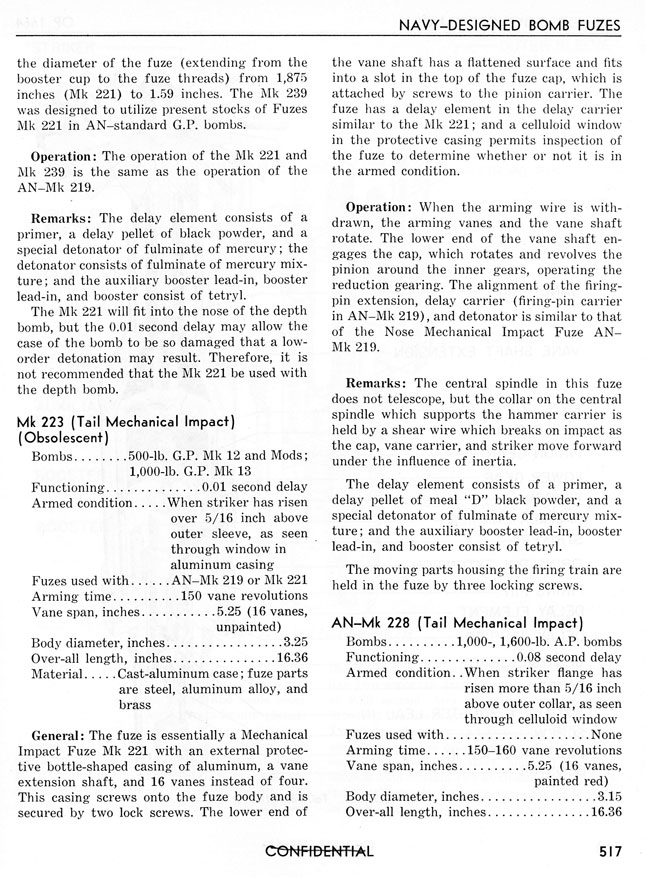 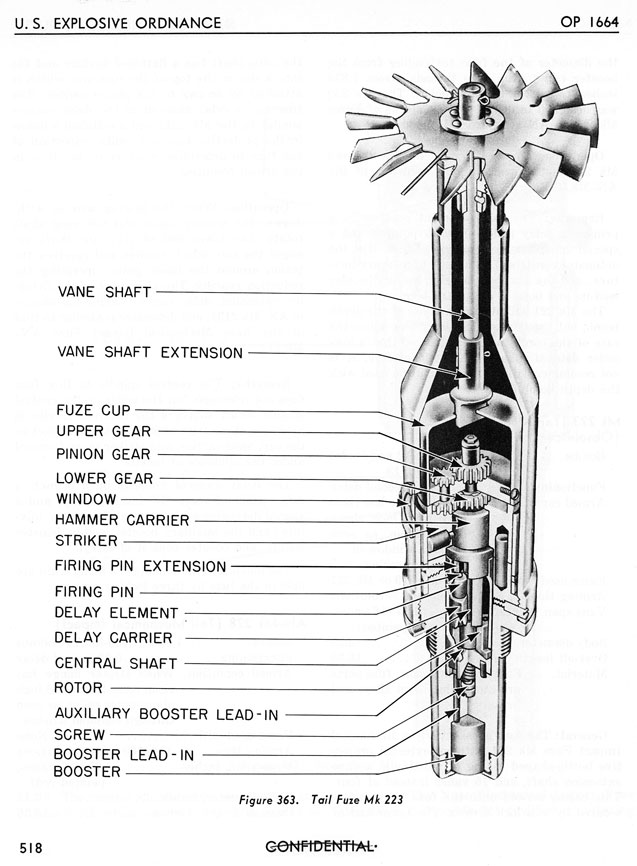 On to some of the relic US fuzes I have recovered over the years. These are all totally FFE and completely inert.